Forget about product and market fit. Forget about solving a problem. Forget about user feedback. For years everyone has been banging on about the same thing. They’re wrong.

If you’re reading this you’ve probably spent time and money trying to increase traffic to a website, app or something you’ve built. You’ve read every pumped up post about hard work, growth hacking and not giving up. Fail hard. Fail often etc. Unfortunately when you do the same thing as everyone else, you will get the same results as everyone else.

The internet, like the world itself is not a black and white place. This notion of applying a theory or best practice and working really hard then whatever you create you will succeed is wrong.

‘Get to the point’ I hear you say. Well having no point is actually my point.

The internet, like life is not a practical or logical place. It often makes no sense at all. It’s a weird place. A place where people aren’t motivated by reason or need. A place where ridiculous things triumph.

There is a layer of the internet, where extremely powerful and rather stupid websites bask in huge amounts of traffic. Glorious amounts that are earned by doing pretty much nothing at all. I’m going to list a few of them below. Be amazed. Be puzzled. Be entertained.

Yes, a dog licking a screen consistently gets a 1000x more traffic then that side project you spent the last 3 months of your life on. 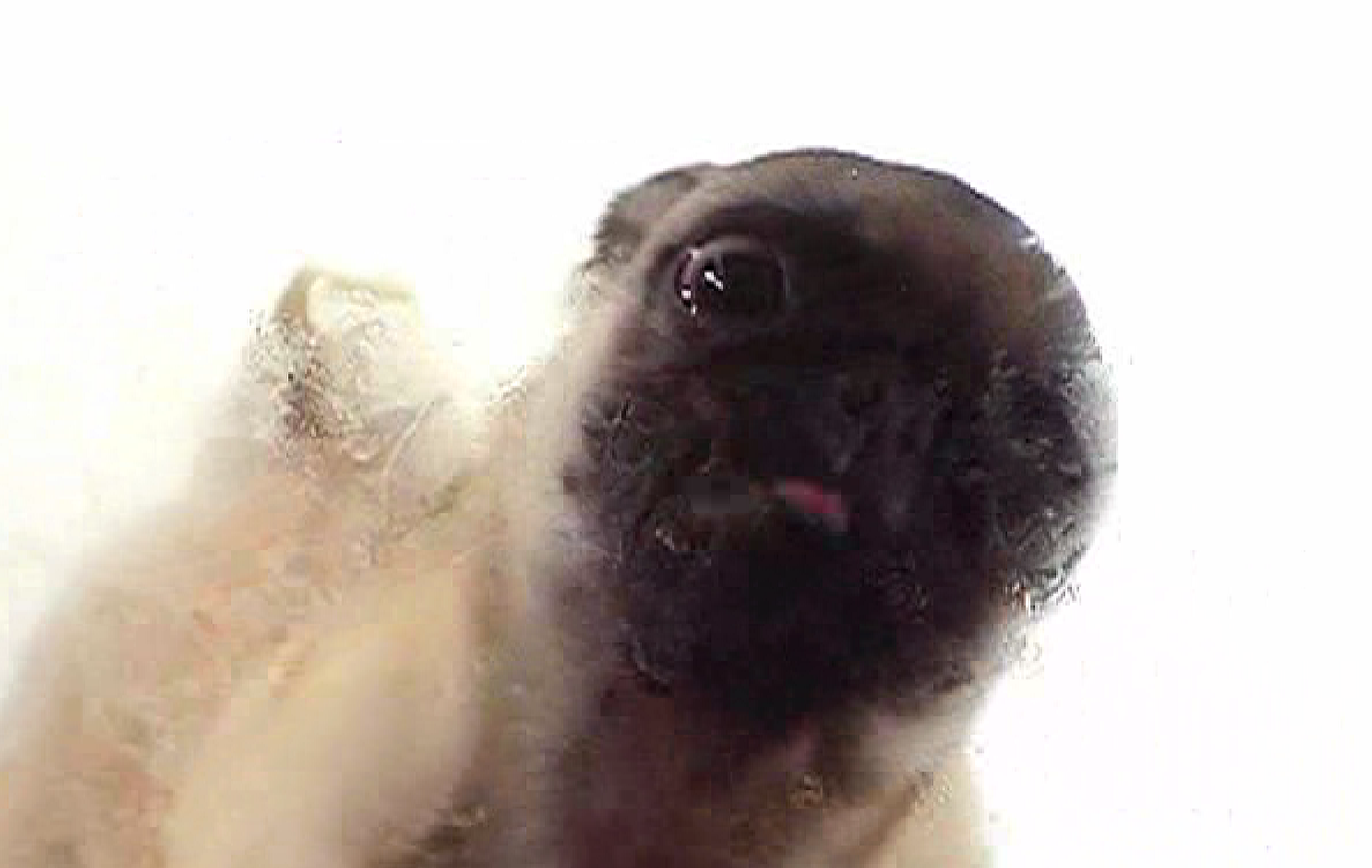 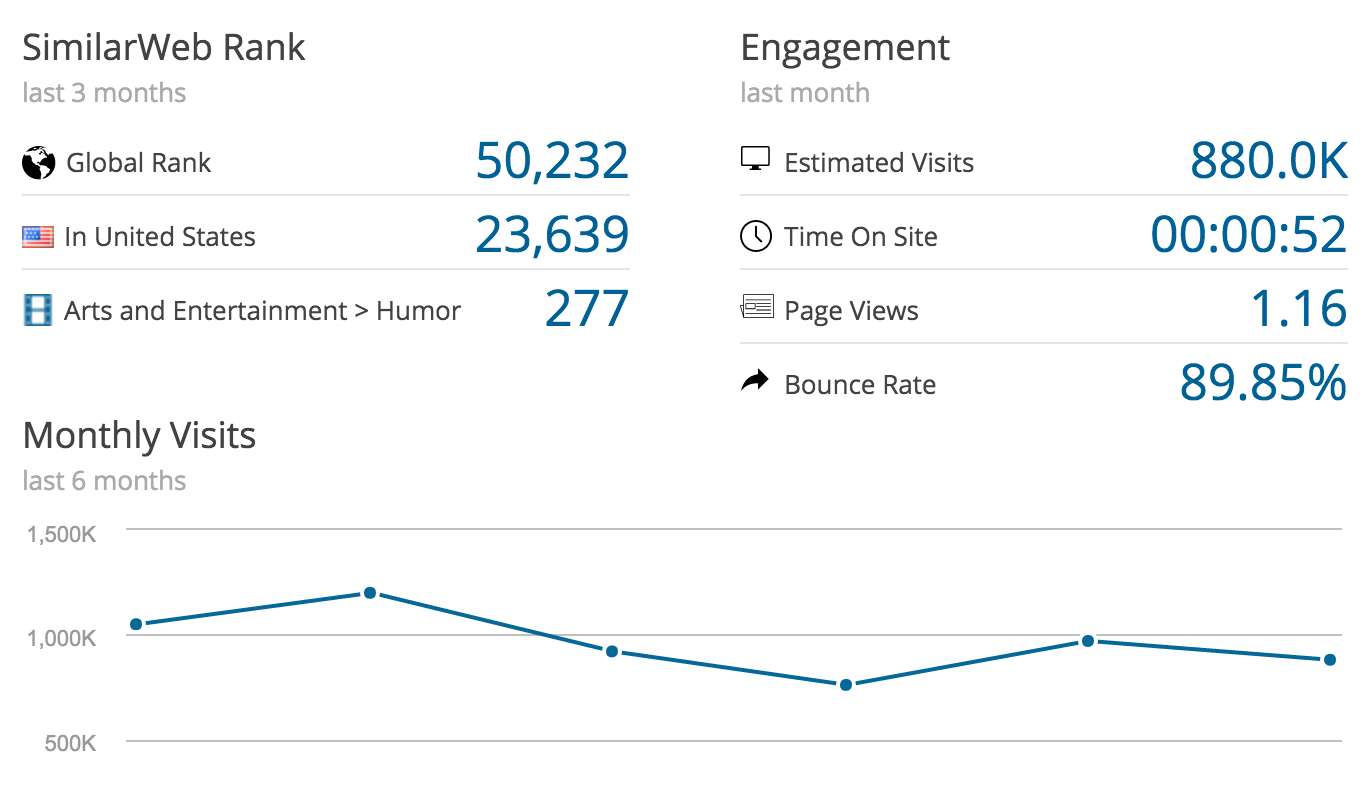 Guy Getting Slapped By Eel

Oh, you thought your blog was doing well? No. Time to build an eel slapping site quick smart, this is how you get big numbers son. 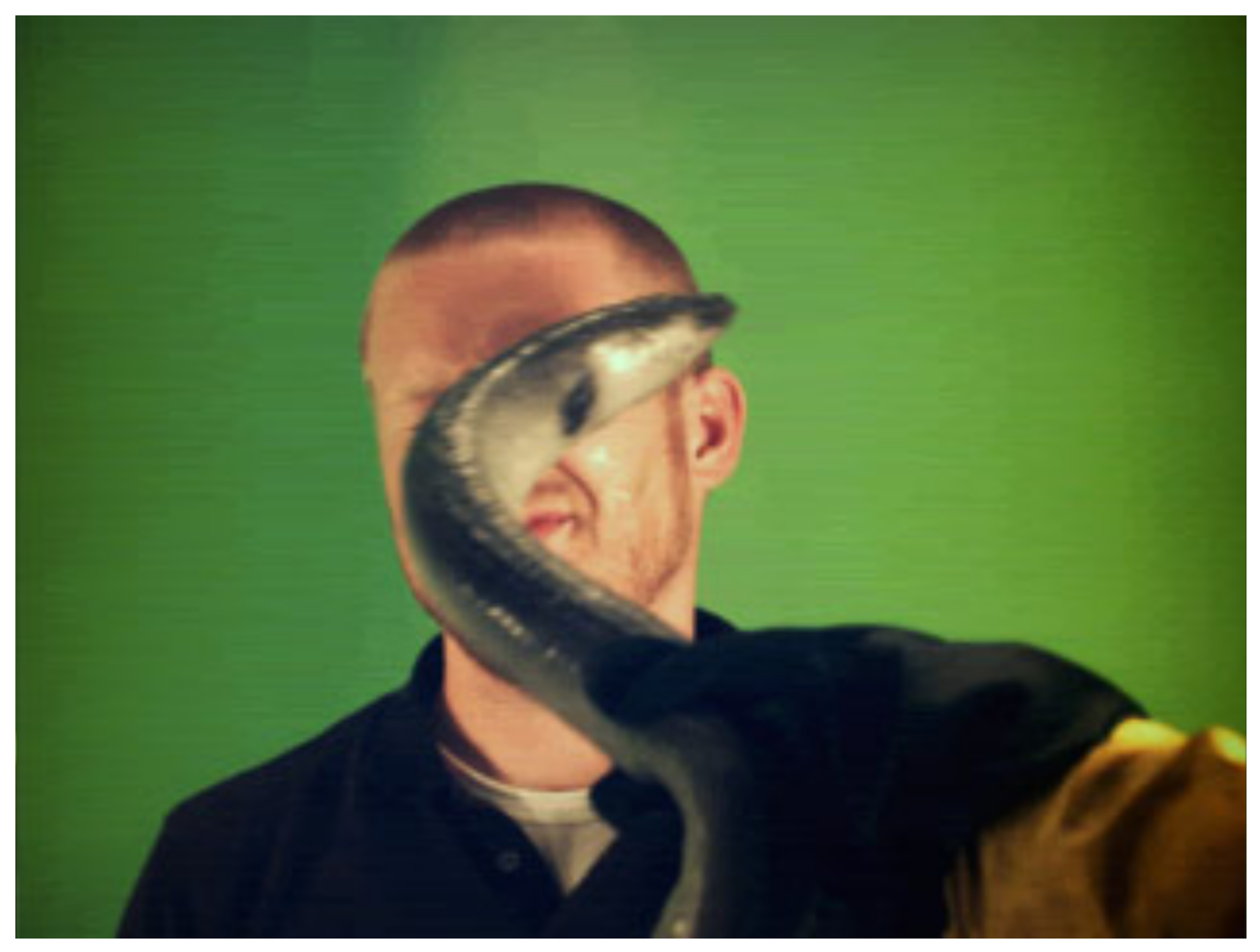 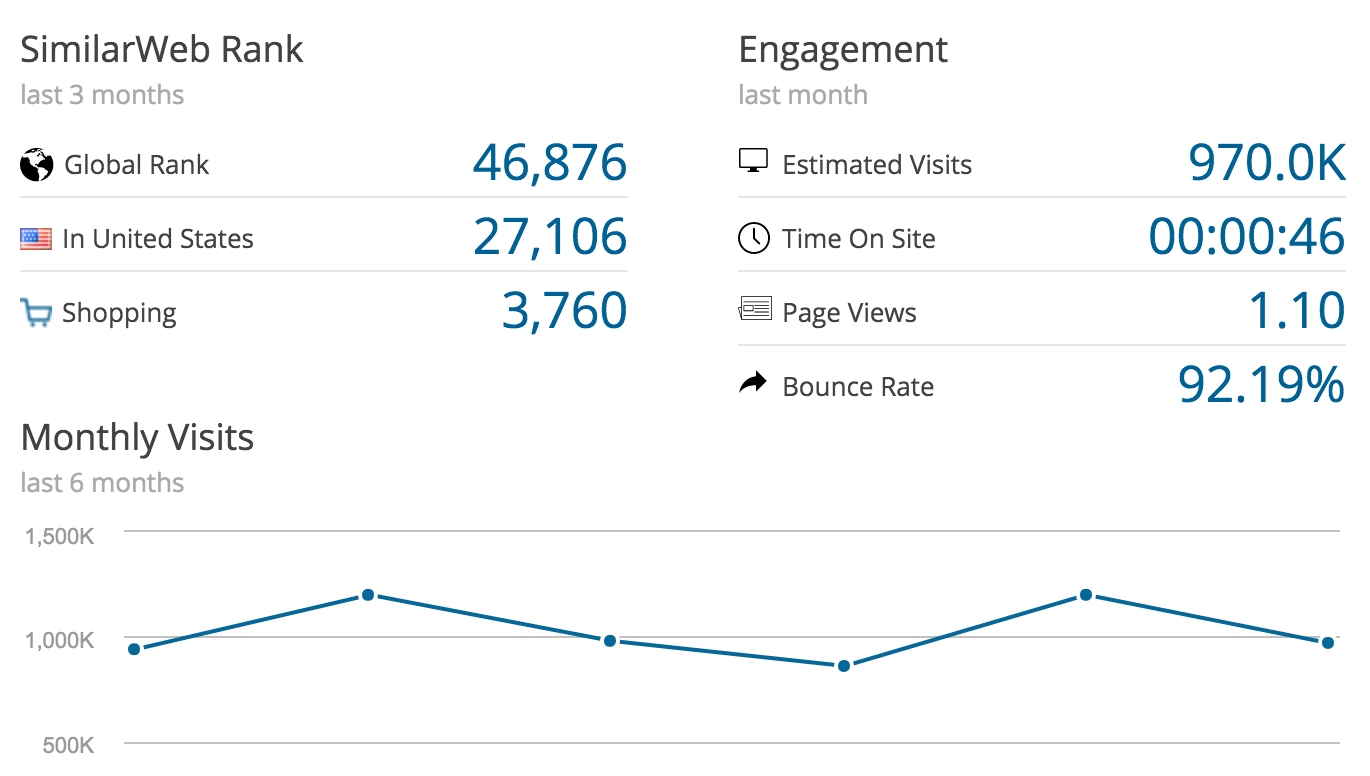 Forget that app you were working on, this site featuring a interactive member of sorts, consistently hauls in an epic 1.3 million visitors a month. Insane. 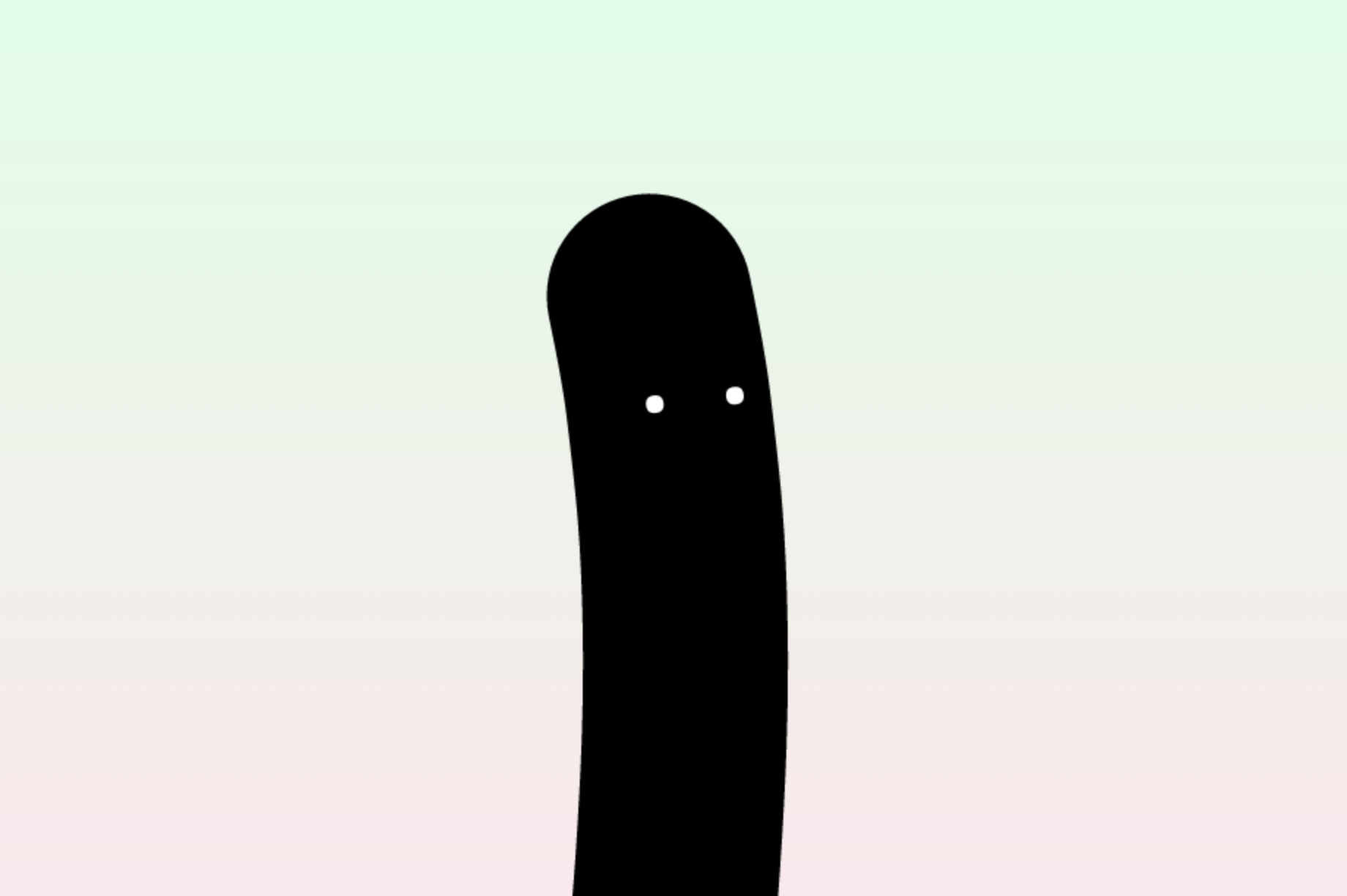 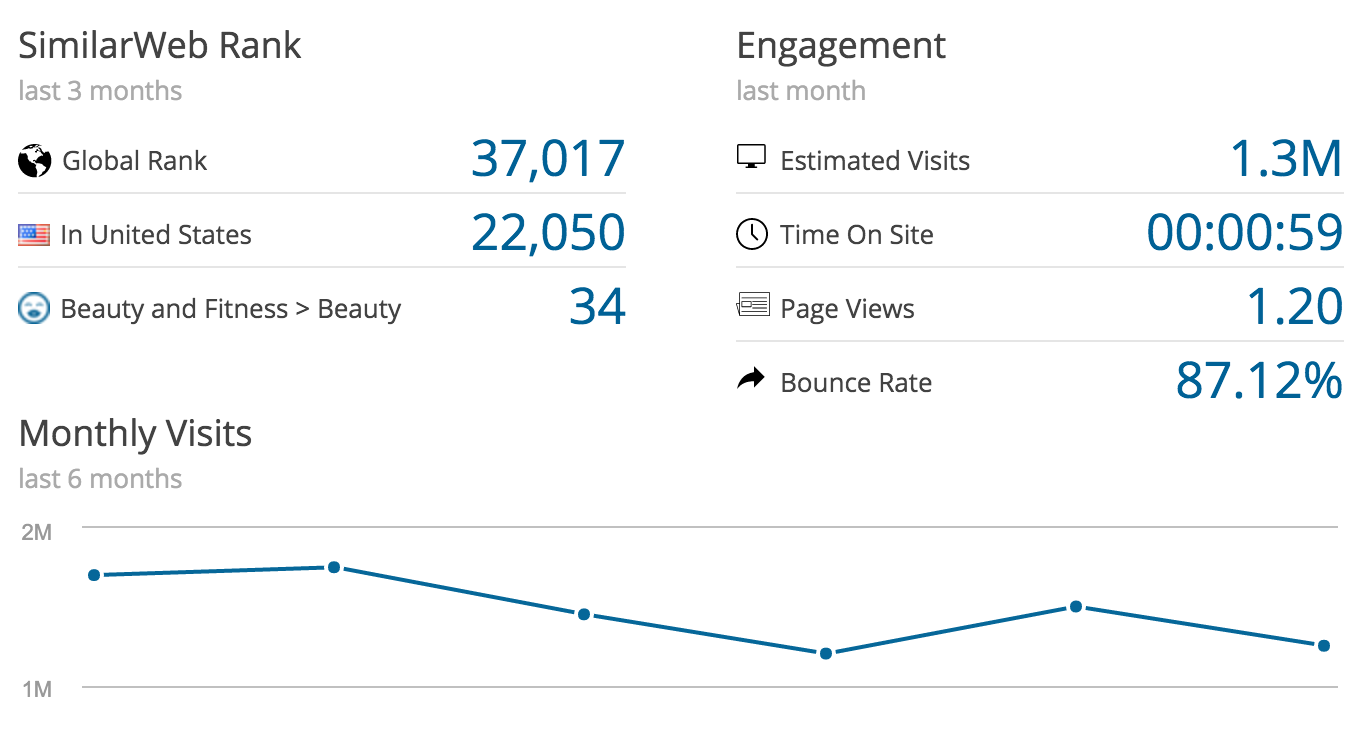 So you’re good at getting stuff shared. Are you this good? You Can’t Not Tweet This. Ingenious. 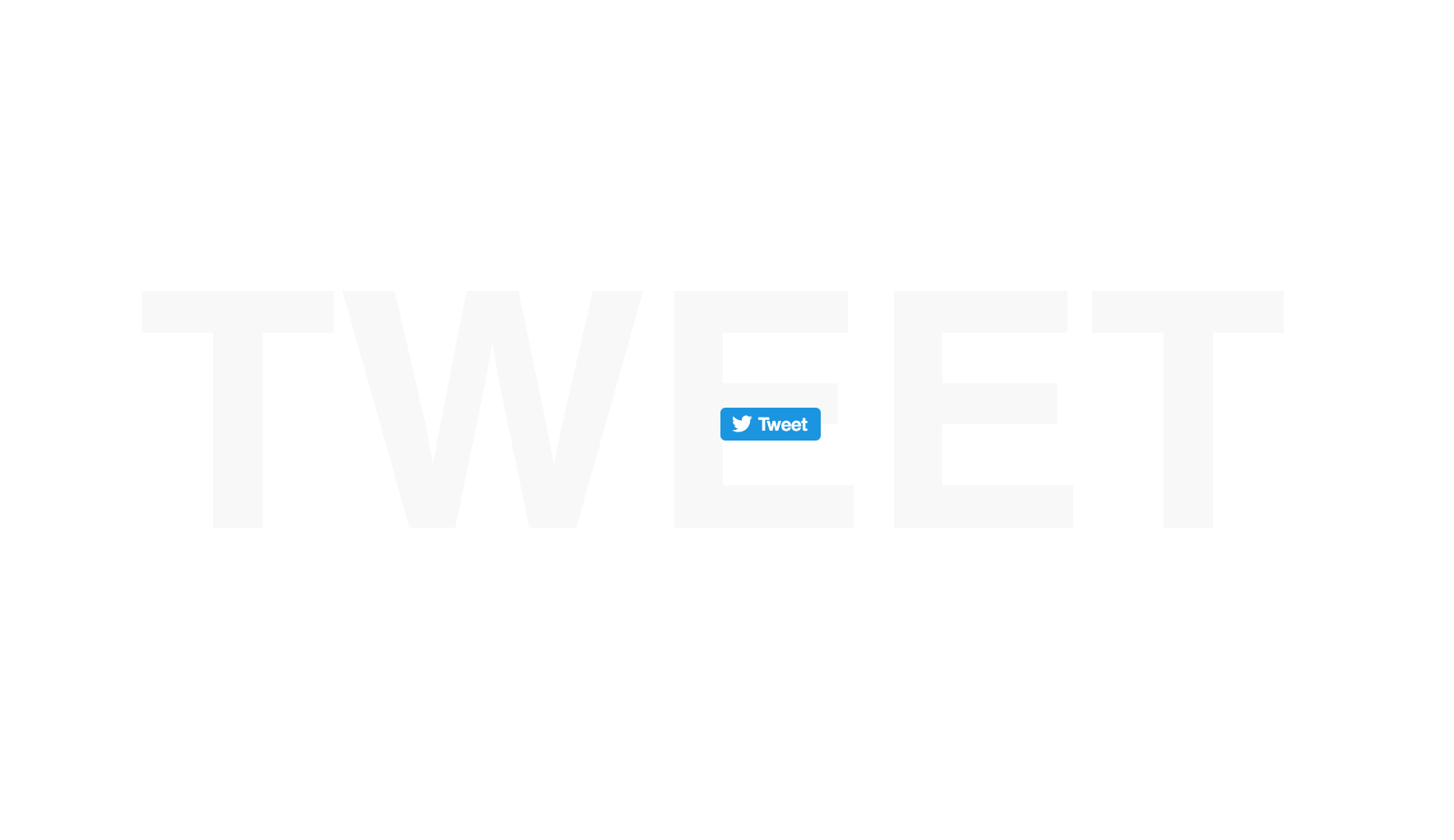 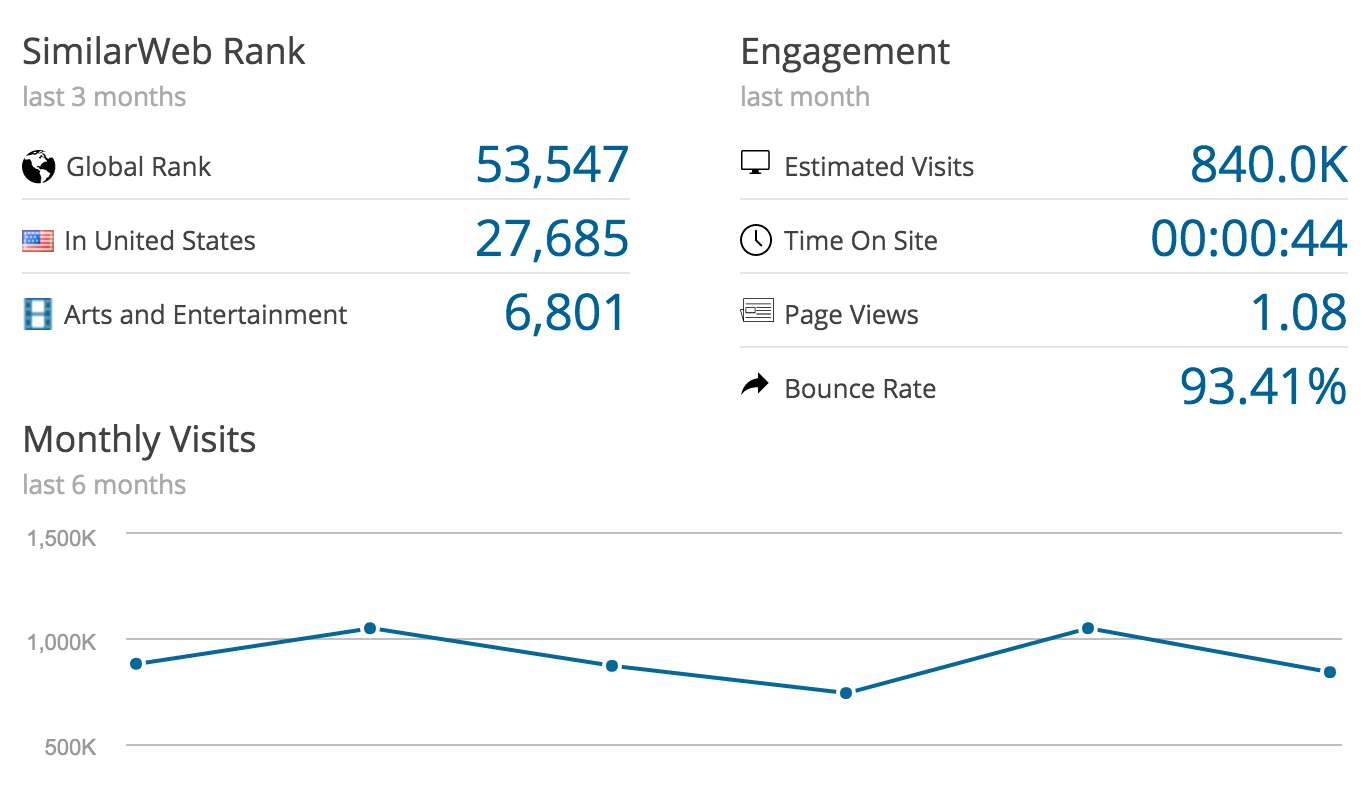 Yes, an animated mango gets 100x more uniques visitors than that web app you spent the last year on. 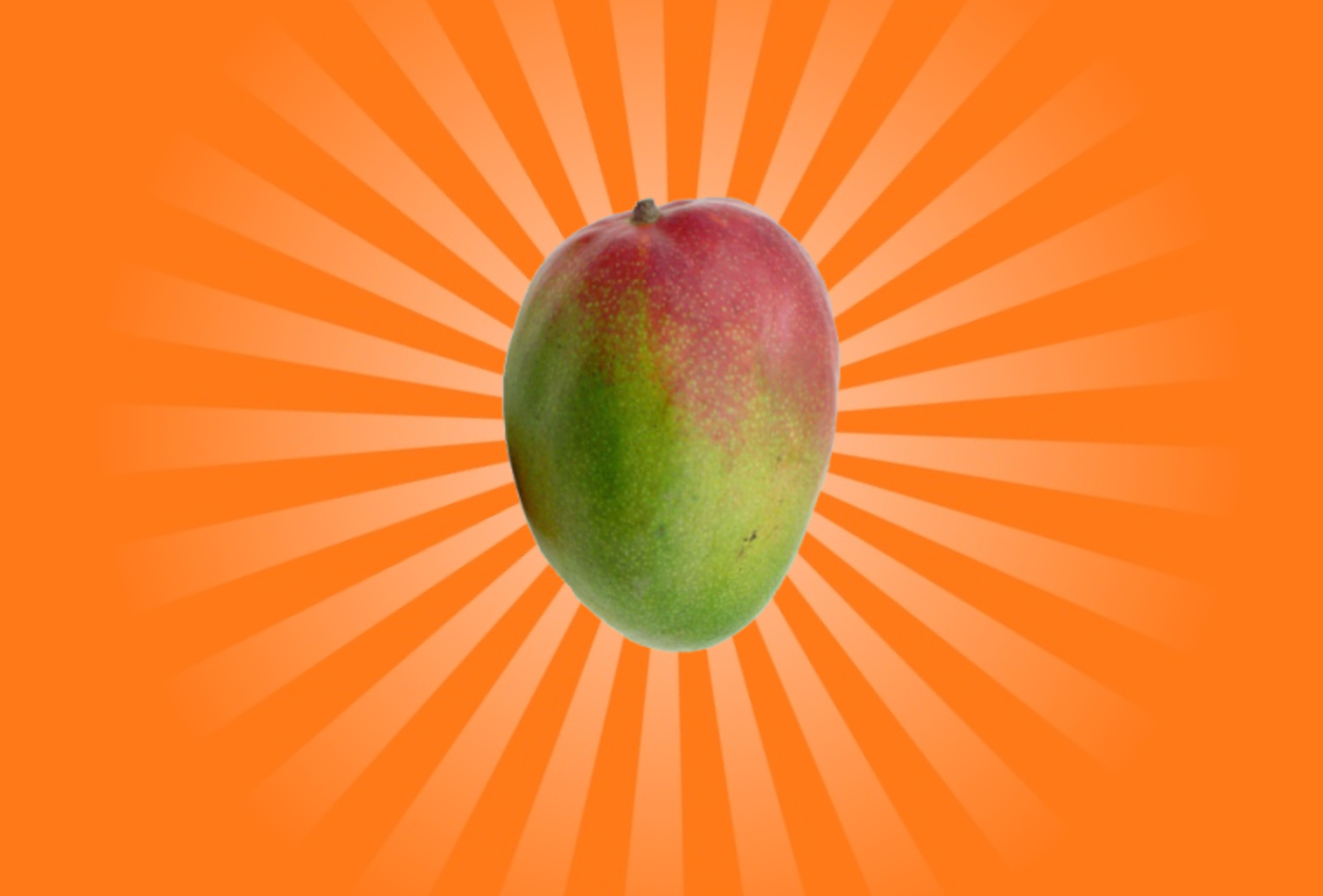 I Has A Bucket

And you thought you had to be a tech genius writing algorithms all day to kick arse. Wrong. All you have to do is put a picture of a seal on a web page. 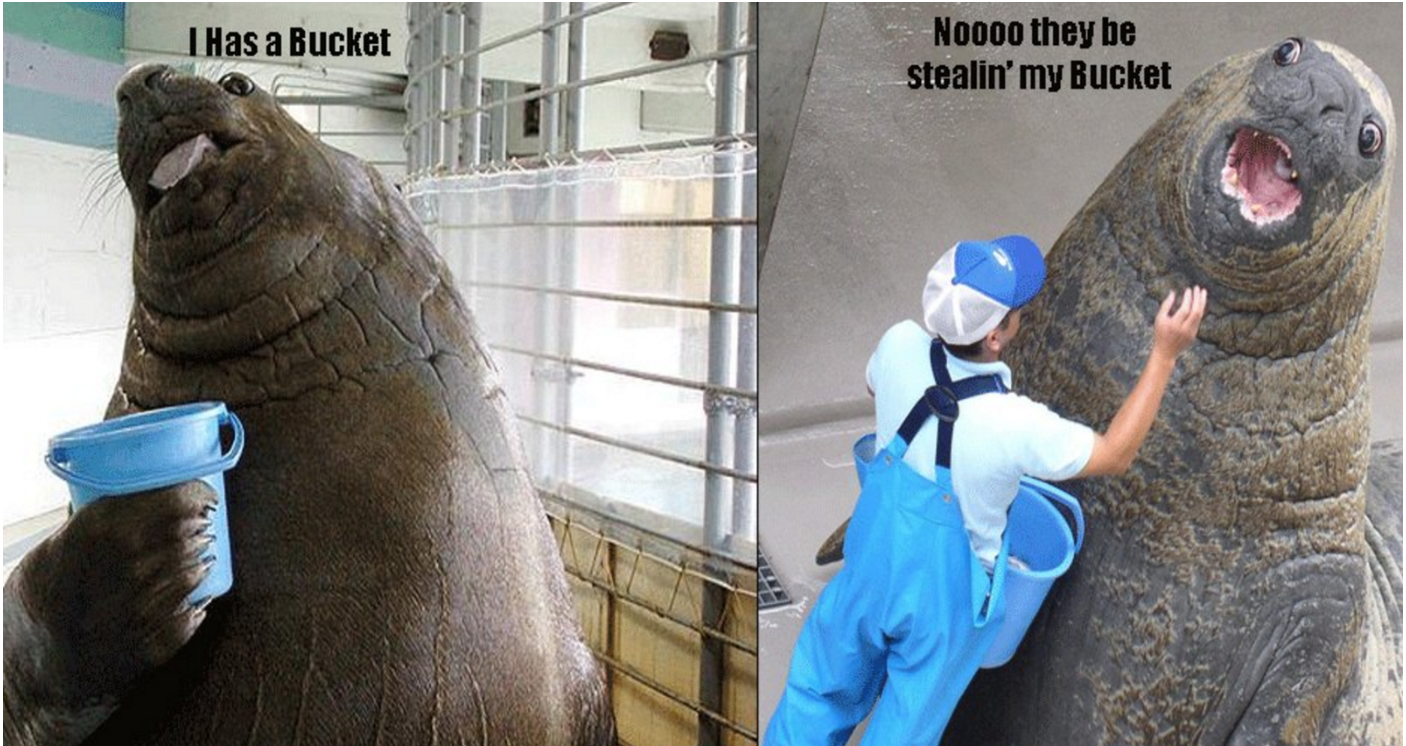 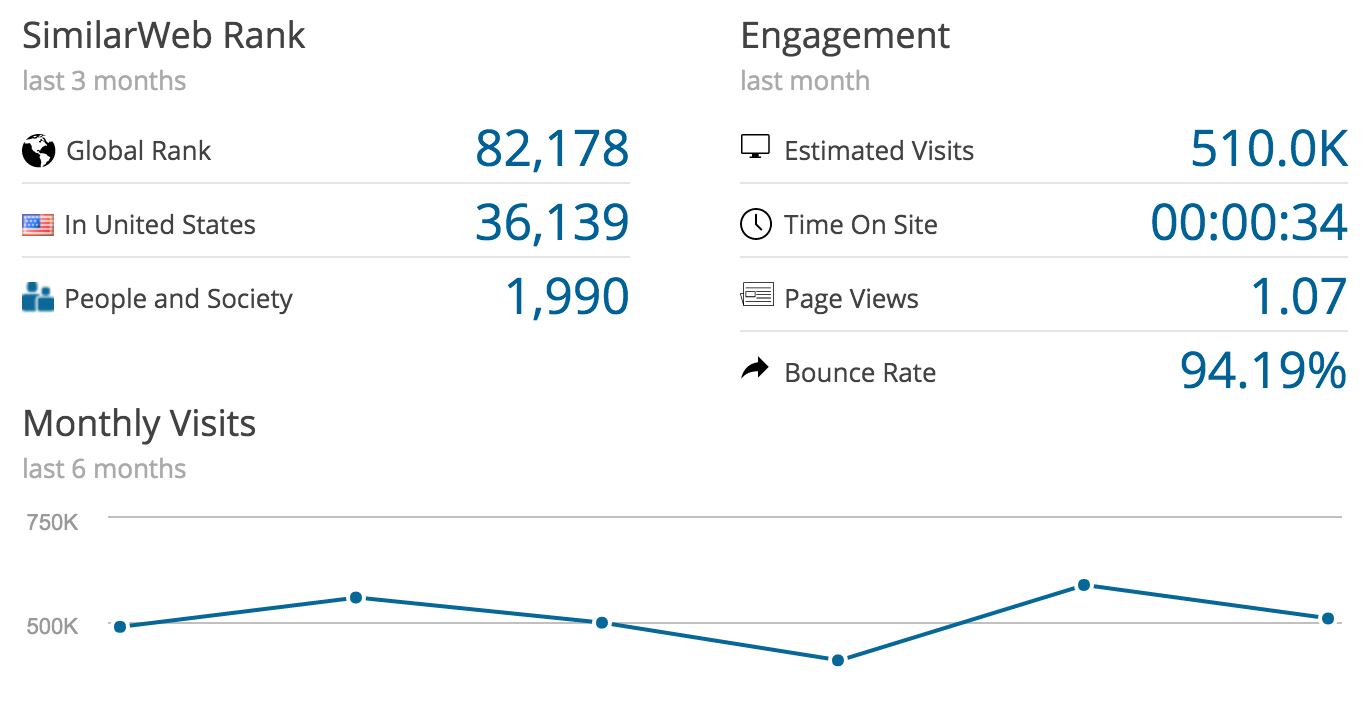 The Last Page Of The Internet

A personal favourite of mine, the last page of the internet. Simple, silly and an utter traffic generating machine. Gold. 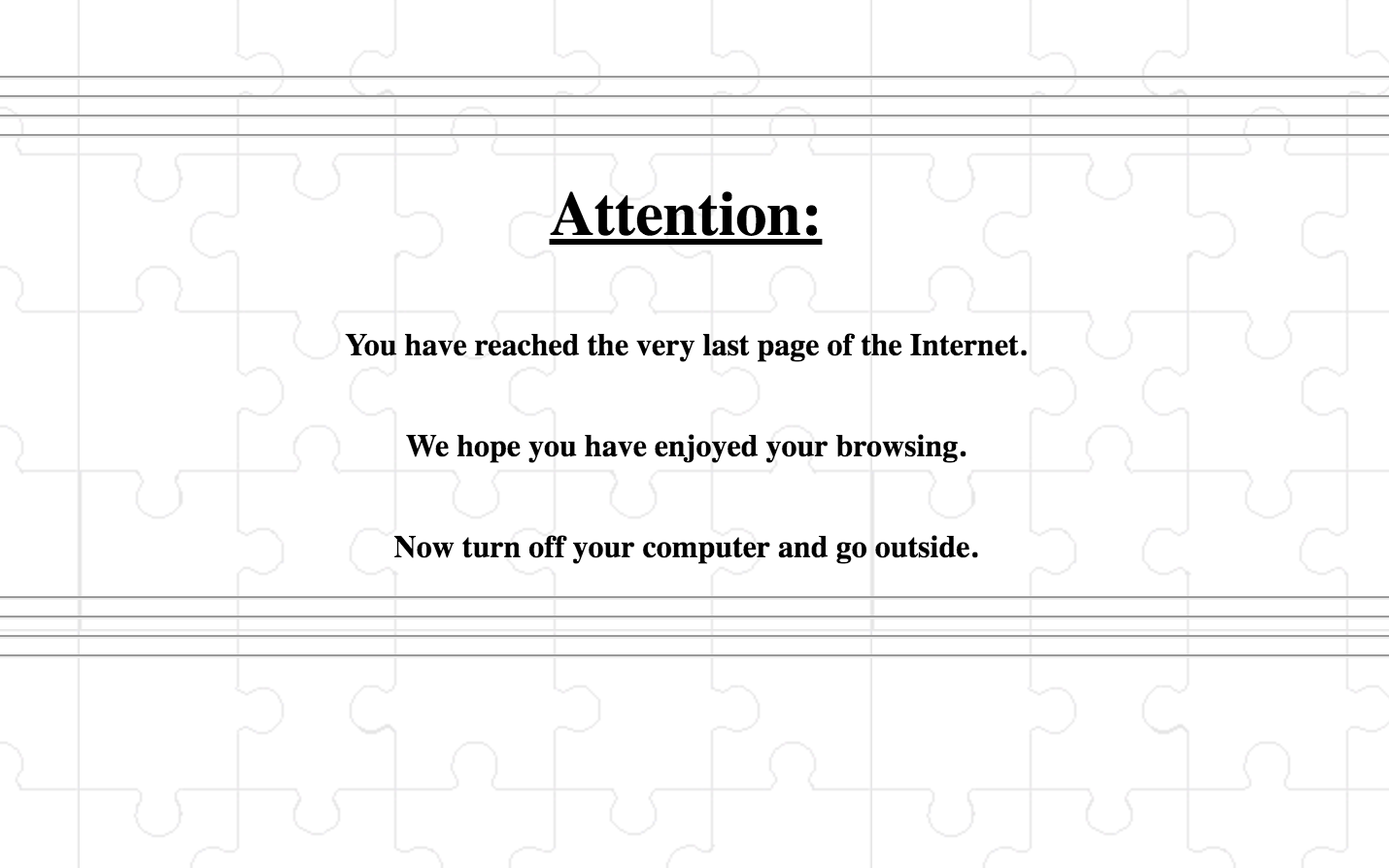 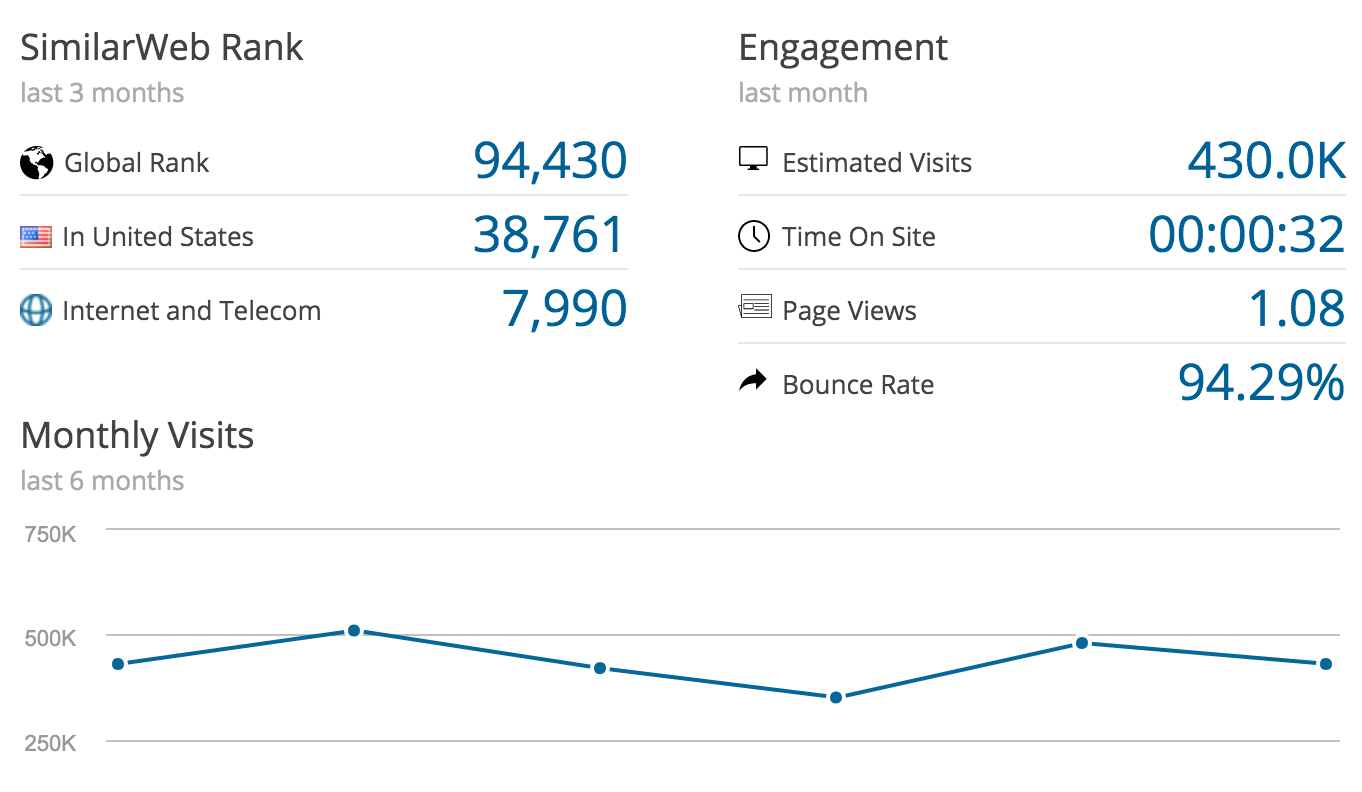 The amazingly little time and effort it takes to create these sites versus the traffic they get is just insane. We’ve all been there toiling away on a site for months logging into our Google Analytics to be disappointed on a daily basis.

Sure, the sites above may not directly make a shedload of cash. But as we’ve seen with sites like Unsplash, all you need is a subtle link back to your ‘serious’ site and you’re laughing.

So there you have it folks. Throw out everything you know about kicking arse on the internet. Think again and get cracking on that one pager that is going to change your traffic game forever.

101 New Business Ideas To Steal & Use